MAWACA is a Brazilian group known for the interesting research and recreation of the music from all over the world. Mawaca singers perform in fifteen languages.

During its 23th year-career, Mawaca has produced six albums and a DVD. The newest album – “Rupestres Sonoros – A tribute to the people from the forest” presents indigenous songs from different regions of Amazonia. Rupestres Sonoros ranked 4th in World Music Charts Europe in August 2009, and has revealed a inner Brazil, undiscovered to most people. Always directed and produced by Magda Pucci, Mawaca has developed a solid career, and even with no support of the mainstream music industry, the band relies on sold out concerts and a faithful following audience in Brazil. Its main distinctive characteristic is the cultural plurality, always instigating the audience to the dialogue between antique and modern, west and east.

The band repertoire consists of new versions of songs from different traditions such as the Japanese and the African, from countries and regions as far from each other as Finland and Mexico and as the Iberian Peninsula, always establishing connections with Brazilian music elements.

Mawaca surprises all, both Brazilians and foreigners, for never before has an all Brazilian band been able to show the diversity of music from all over the globe with such flexibility and creativity. 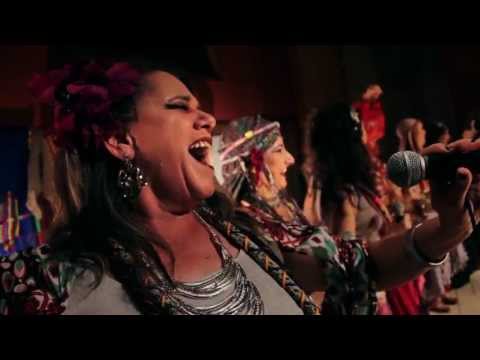