Jimmy Rip has been called many things throughout his extraordinary life
in music... guitarist, singer/songwriter, film and television composer,
musical director, arranger, producer and solo artist.

Mick Jagger, Jerry Lee Lewis, Television, Willie Nelson, Rod Stewart,
Hall and Oates, Deborah Harry, Jack Bruce, Mariah Carrey and Yoko Ono
are just a few of the legends that Rip has shared his many talents with.
After years as a much in demand session guitarist in his home town of
New York, Rip began a 10 year musical association with Mick Jagger, first
as a guitarist on Mick's 1987 release Primitive Cool and then as band
leader for the year long tour that followed. Jimmy and Mick got back
together in 1992 to make Wandering Spirit on which Rip served as
guitarist, co-writer, arranger and music director. It soon became Mick's

After years of helping his very high profile friends realize their musical
dreams, he decided it was time to make a record for himself. The result
was the critically acclaimed House of Blues/B.M.G. label release, Way Past

Rip then returned to the studio both as guitarist and producer on
countless sessions, a true high point being the 4 year labor of love, Jerry
Lee Lewis's 2006 “Last Man Standing”. Jimmy produced and played guitar
on this 21 track epic project, harnessing an incredible list of superstars to
aid The Killer with the recording. Mick Jagger, Keith Richards, Jimmy
Page, Eric Clapton, B.B. King, Buddy Guy, Ringo, George Jones and Bruce
Springsteen are just a few of the 22 legends who joined Rip to create the
most successful record of Jerry Lee's long and illustrious

A constant through all these twists and turns has been Jimmy’s long
musical relationship with guitar legend Tom Verlaine. Starting in 1981 Rip
has been Tom’s guitar alter ego, both live and on his solo records. Jimmy
was asked to join the band Television in 2007 and has been touring the

world with them ever since.

In 2009 Jimmy relocated to Buenos Aires, Argentina, a place he feels
has a passion for guitar based rock and blues that matches his own...and it
seems the country agrees with him! Since moving there he has performed
with the countries biggest acts on its largest stages and has produced 14

records, many of them gold and platinum sellers! Fans of the rock
obsessed Argentina music scene will know the names Gausones, la
Beriso, La25, Ratones Paranoicos, Utopians, Ciro y las Persas, Buitres,
who have all called on Rip to record, perform live and produce.
Jimmy’s solo career has not slowed down one kilometer an hour since
moving to South America. In 2009 he formed the blues rock power trio,
“Jimmy Rip & The Trip” with Argentinian musicians Luli Bass on bass and
Silvana Colagiovanni on drums. They released “Jimmy Rip & The Trip” in
2012 and “Blues Life” in 2016... and are now celebrating the release of
their latest, Muy Crudo (Very Raw) a disc of joy, pain and raw emotions.
The first single, Way Down in Mississippi, features a red hot vocal from
Stacy Michelle (Kid Rock, Lynyrd Skynyrd) and an exciting accompanying

Night after night The Trip's brand of blues rock continues to excite
audiences at South America’s biggest venues and festivals... 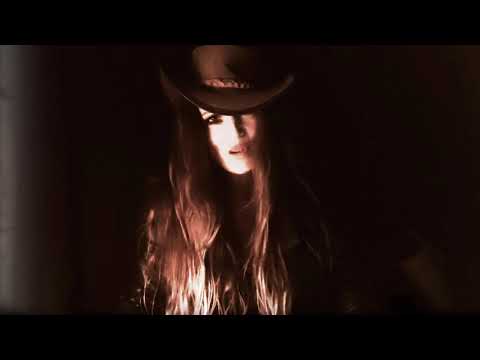