Alvos Móveis is the instrumental project of Miguel Barella and Giuseppe Lenti, responsible for the innovative guitars of the Brazilian post-punk band Voluntários da Pátria. After the group ended in 1986, they decided to continue their partnership in music with the duo Alvos Móveis.

On the first album “Alvos Móveis” - recorded between 1988/90 and released in 1996 - Miguel and Giuseppe play electric, acoustic and GR-300 guitar synthesizer with traditional and Guitar Craft tuning.

The album was produced by Geraldo D´Arbilly also responsible for the percussion and drum programming. Musicians invited for this album: Akira S. on bass, Stick and programming; Fábio Golfetti on the sitar, Armando Tibério on the percussion, Fábio Gavi on acoustic bass and Tenisson Caldas on trumpet.

In 1998, the duo recorded the album "Slow Link" - released in 2002 and produced by the guitarists themselves and featured Armando Tibério on percussion, Célio Barros on acoustic bass, Kuki Stolarsky on drums, Nahor Gomes on trumpet and flugelhorn and Tuca Nemeth on Minimoog. 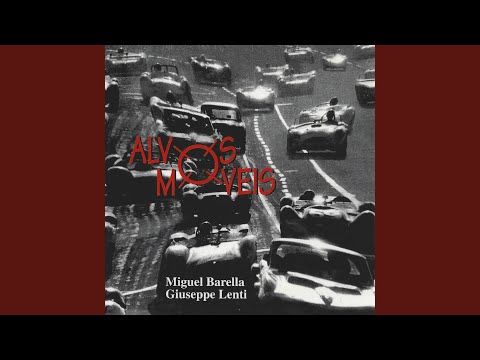